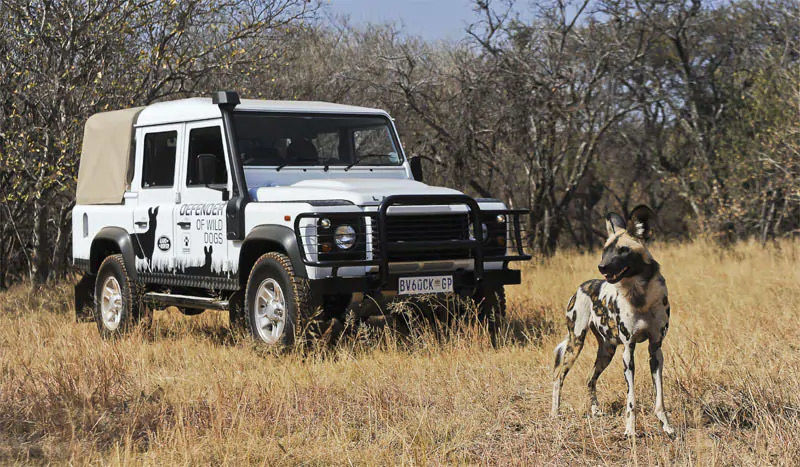 The Kruger National Park is considered to be the last stronghold for Wild Dogs in South Africa with the largest unmanaged population occurring there. Over the past 20 years, the EWT’s Carnivore Conservation Programme has run a Wild Dog Photographic Census in Kruger to monitor this important population of Wild Dogs.

Data from the surveys during the past two decades has shocked biologists as Wild Dog numbers in the park dropped with each survey from over 400 Wild Dogs in the 1990s to just over 130 in 2014. Why the numbers of Wild Dogs have declined so dramatically is of great concern as the Kruger Wild Dogs represent the only protected, unmanaged population of Wild Dogs left in South Africa and could be lost as a viable population unless concerted conservation action is applied.

Over the past decade Wild Dogs have also been reintroduced into small fenced reserves across South Africa to ensure that a viable meta-population of Wild Dogs exists outside of Kruger. This has been one of the most successful reintroduction programmes of its kind and has resulted in over 140 Wild Dogs occurring in nine reserves. The success of this project is largely due to the highly collaborative process used to coordinate the initiative.

The Wild Dog Advisory Group of South Africa (WAG-SA) is chaired and coordinated by the EWT and involves stakeholders from all areas of Wild Dog conservation. An expansion project for Wild Dogs in KwaZulu-Natal (KZN) has been particularly successful with the provincial population now totaling approximately 85. These reintroductions are carried out through continuous, proactive liaison with conservation, community and commercial farming stakeholders, coordinated by the EWT.

Through supporting the conservation of Wild Dogs, Land Rover supports the survival of an animal that shares many of the brand’s characteristics: it travels long distances over all sorts of terrain; it has a gutsy adventurous spirit and a love of freedom and the great outdoors.

An ongoing commitment to the environment – both through conservation and responsible off-road driving – is a cornerstone of the Land Rover brand globally. By adopting Wild Dogs – fragile because of their endangered status – Land Rover contributes towards the preservation of an ecologically important species and one of Africa’s most threatened carnivores.

BOOK AN EXPERIENCE DAY Experience Land Rover's all-terrain capability at first hand BOOK A TEST DRIVE Arrange an on-road test drive through your nearest dealer CONTACT US You can contact us by phone, online or via our social networks KEEP ME INFORMED Sign up for all the latest Land Rover news